The Complete (Abridged) History of Psychedelics

Humanity’s relationship with psychedelics goes back millennia and provides a fascinating backdrop to today’s therapeutic research. Let’s explore the history of psychedelics.

Our history of psychedelics goes back 12,000 years. The lunar landscape of the Tassili n’Ajjer plateau of southeastern Nigeria is home to a significant collection of prehistoric cave art. They tell of climatic change, migration, social movement, and religious ritual. And there, frescoed in mesmerizing detail, a shaman dances, magic mushrooms in hand while fungi grow from his body. The image is at least 6000 years old. 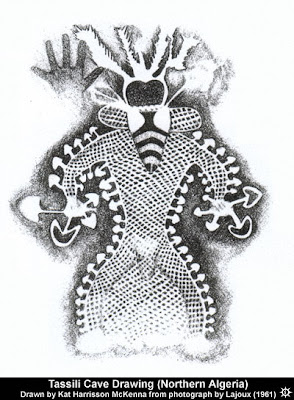 The Mushroom Man is one of many images that suggest a continuous relationship between psychedelics and spiritual ceremony since prehistoric times. Shamanistic traditions utilized psychedelics as a sacred tool—a gateway to the subconscious. Through ritual use, the mystical, religious, and psychological could be explored in tandem.

Today, as we witness the reemergence of research into psychedelics, it is worth considering the history of psychoactive hallucinogens, and their long relationship with the human psyche.

Ancient Rites Across the World

Psychedelic sacrament was widespread across the prehistoric world. In Europe, cave art from the 5th millennium BC depicts the ceremonial use of psilocybin mushrooms. Around the same time, Native Americans left sculptures of peyote buttons in the sacred Shumla Caves.

Sanskrit texts mention Soma, the Divine Mushroom of Immortality. In Northern Chile, remnants of DMT were found in a man’s grave. In Northern Peru, a stone deity holds a San Pedro cactus in his hands. And later, in Ancient Greece, the Elysian Mystery Rites may have included ergot fungus, a compound closely related to LSD.

Psychedelic use seems embedded in early religion, and has likely shaped the development of many existing faiths. Psychedelics played a part in shaping certain elements of medieval and modern secular society, as well.

Into the Wild West

From the 15th century, westbound explorers recorded extensive use of DMT, ayahuasca, and peyote across a range of cultures. By the mid-19th century, some had even indulged in ayahuasca ceremonies themselves. In his diary, Geographer Manuel Villavicencio describes an ayahuasca experience in which he “flew to marvelous places.”

In the 1890s, a Comanche Indian chief contributed 50 pounds of peyote for scientific trials. The trials, conducted by neurologist Weir Mitchell and psychologist William James, marked the dawn of scientific research into psychedelics.

The Accident That Changed the World 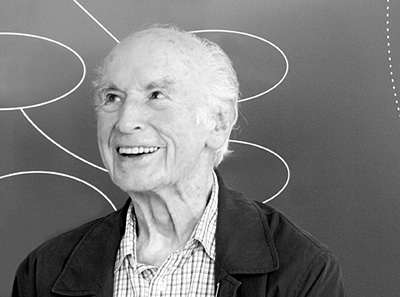 In 1938, Swiss chemist Dr. Albert Hofmann began experimenting with compounds that would lead to the discovery of LSD. In 1943, he accidentally made contact with the substance. Hoffman sunk into a pleasant “kind of drunkenness.” The compound stimulated his imagination, and he experienced a “stream of fantastic images,” vivid and kaleidoscopic.

On April 19th, Hoffman furthered his investigation by intentionally taking a larger dose. An hour later, he recorded visual disturbance, a lack of concentration, and a “marked desire to laugh.” He could barely finish the entry, and had to be escorted home.

The next morning, Hoffman noted “a sensation of well-being and renewed life…The world was as if newly created.”

LSD Breaks Out of The Lab

The following two decades saw serious movement toward psychedelics as a psychotherapeutic tool. (Or sinister mind control tactics, if you happened to work for the CIA.) Doctors in the US and Europe found that dosed patients could access repressed memories and explore traumatic experiences with clarity. The mind-loosening therapy proved especially helpful with highly neurotic patients.

In the early 1950s, Dr. Humphry Osmond ran a number of trials, at one point dosing over 700 alcoholic patients with LSD. 50 percent of the patients achieved sobriety. Over the next decade, researchers used LSD in the treatment of some 40,000 patients, with remarkable success.

By the mid-60s, over a million Americans had tried LSD, and the media and the government were spotlighting anecdotal stories of harmful effects. LSD soon came under fire in a frenzy of media panic. Psychedelics became viewed as a catalyst for the communist revolution and general societal upheaval. Trials were terminated, funding cut, and doctors were forced to distance themselves for the sake of their reputation.

By 1970, LSD, psilocybin, mescaline, and DMT were federally outlawed and psychedelic research abandoned. It would remain taboo and underground for the next 40 years. 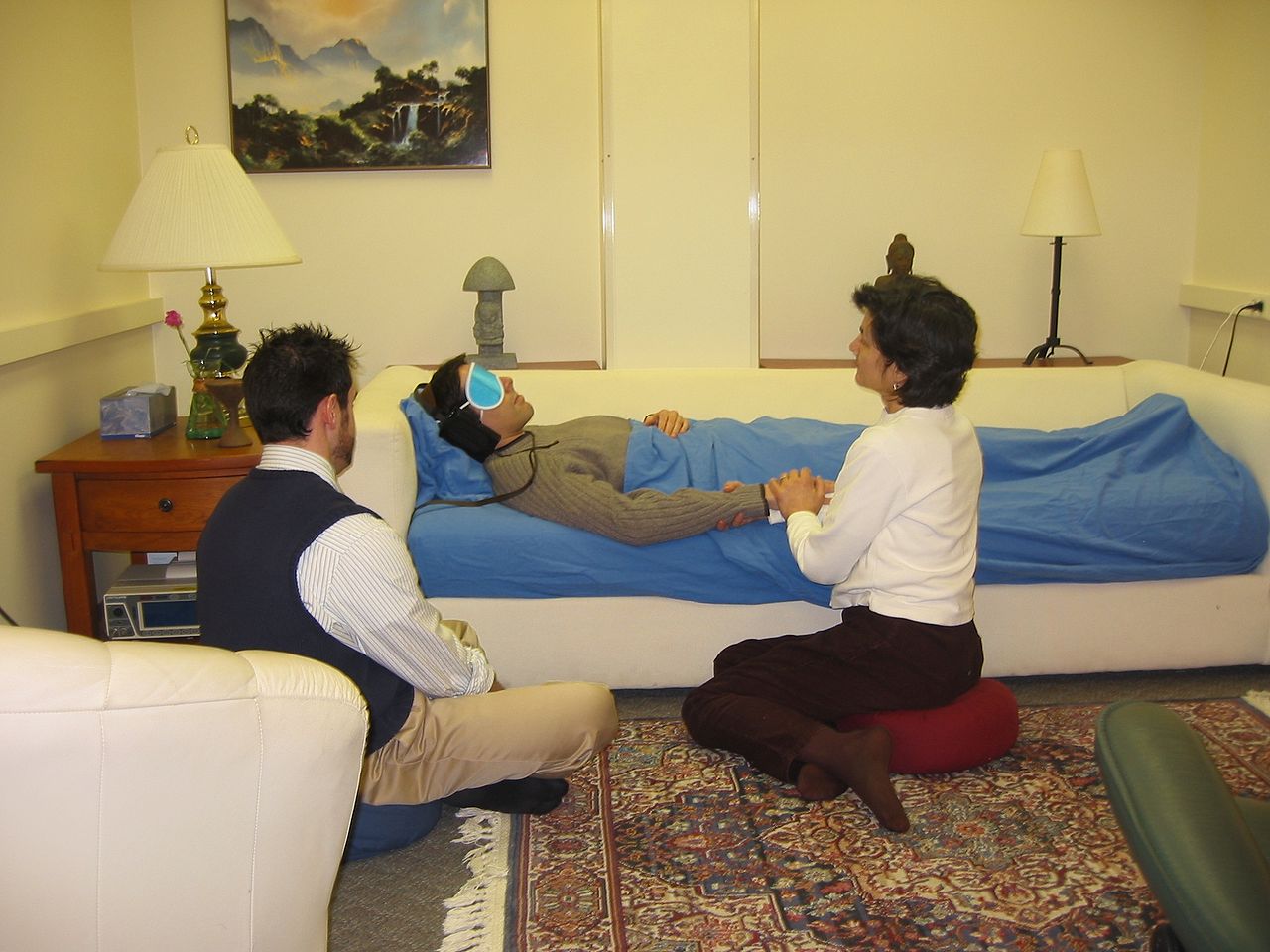 Today, the mental health world is breaking free of old stigmas as we re-evaluate the benefits of psychedelics. Research shows LSD, psilocybin, and MDMA all increase empathy and wellbeing. Several studies prove the transformative effects of psychedelics on people with treatment-resistant depression and addiction. Amazingly, psychedelics may very well be the key to combating today’s mental health crisis.

In terms of pain management, LSD has been shown to provide relief for cluster headaches. Psilocybin is transformational for pain and anxiety in late-stage cancer patients. The transcendental experience can ease existential concerns around death, bringing a sense of peace to terminal patients.

And in the field of neuroscience, the investigation is coming full circle. Like the mushroom priests of Nigeria, we are delving deeper into the mysteries of human consciousness. Through continued research, we may develop a better understanding of the human brain, parapsychology, the near-death experience, and the nature of dreams.

Humanity’s history of psychedelics is a fascinating journey of exploration, magic, and healing. The greatest mysteries of all may yet be unlocked by today’s revival of scientific research into psychedelics.

By Tessa Eskin For over 6000 years, shamans, healers, and ‘roadmen’ have used Peyote as a conduit for communion with the spirit world. Lophophora williamsii is a cactus stemming from the Cactaceae family, native to the...

By Brian Lissak Albert Hofmann was born on January 11, 1906 in Baden, Switzerland. Before pursuing a career in chemistry, he considered studying humanities or becoming an artist. But his fascination with human...

Psychedelics and Religion: A Short History

By Tessa Eskin Anthropologists trace the origin of religion to the hunter-gatherer societies of prehistory. At some point, nomadic tribes began carefully burying their dead and ritualizing the deaths of their prey. Here...